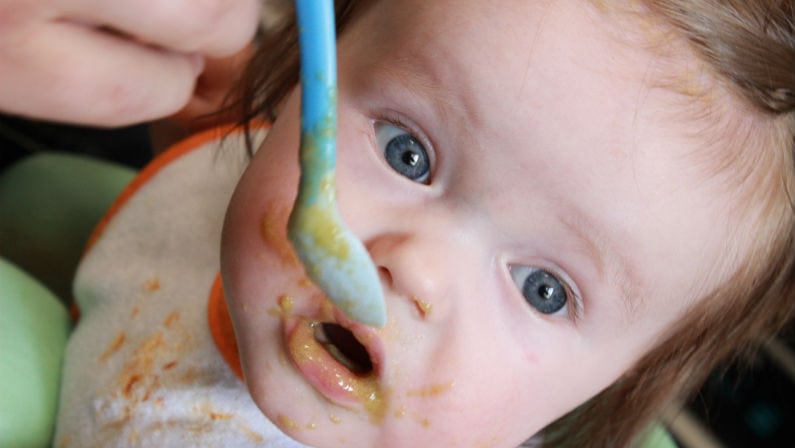 Diet is one of the most crucial factors in maintaining one’s overall health. Diet is brought up most often in discussions of physical fitness and weight, but the foods you eat have a profound impact on nearly all of your body’s functions – including sleep. Research has shown that there are certain foods which can help you sleep better at night, which in turn also contributes to overall health. While the diet-sleep connection is most often discussed in terms of adults, a new study published by the American Medical Association has found that diet can affect sleep even in babies as young as three months old.

The study has been published in JAMA Pediatrics, one of the world’s leading pediatrics journals. According the authors, introducing babies to solid foods after just three months has been linked with improvements in nighttime sleep duration and fewer nighttime wakings compared with babies who begin eating solid foods much later in infancy.

The study examined both the feeding and the sleeping habits of 1,303 three-month-old infants, finding that among families who started feeding solid foods from a young age, there was over a 50% reduction in the number of families who reported severe sleep disturbances due to their babies’ sleep habits. No specific foods were found to contribute more to sleep improvements than others.

Professor Gideon Lack of King’s College London says that while the nightly difference might be small, it can add up over the course of a week:

Lack of sleep can be pretty devastating for babies and their families. We were all — me and my co- investigators — we were very surprised by this finding that sleep patterns and sleep activities are imprinted or rather developed very early on in life. The sleep difference is more on the order of 16 or 17 minutes a night which correlates to about 2 hours extra sleep a week.

Aside from giving exhausted zombie-like new parents a break, this boost in sleep health could contribute to these babies’ sleep habits later in life; recent research suggests that bad sleep habits start very early in childhood. Could an early start on solid foods be the key to starting out life with healthy sleep habits?