Restless Sleep May Be an Early Warning of Parkinson’s Disease 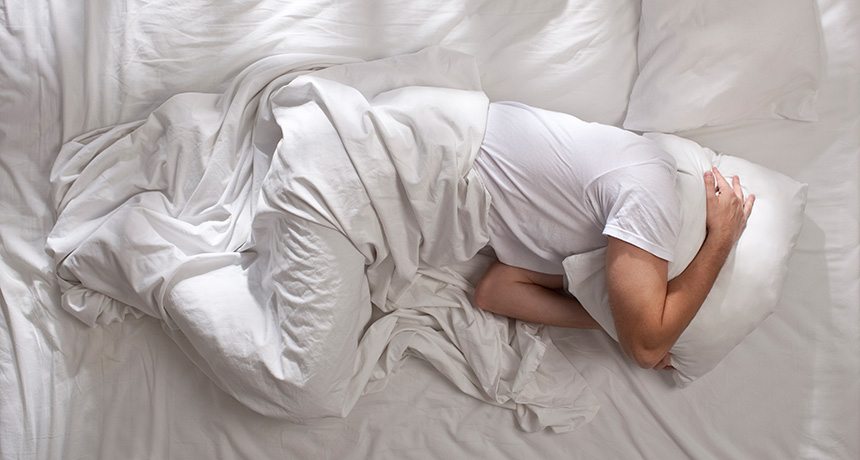 Sleep should be one of the most peaceful times of one’s day, but for some people, sleep is anything but peaceful. A variety of sleep disorders can cause disturbances like nightmares, sleep terrors, or involuntary movement of the limbs during sleep. One of these common sleep disorders, rapid eye movement sleep behavior disorder or RBD, can cause individuals to strike out with their arms or legs or even scream during REM sleep, the dreaming phase of sleep. While that’s bad news for their partners, new data shows it could be much worse for the long-term health of affected individuals. Sleep researchers from Denmark’s Aarhus University are reporting that the restless sleep associated with RBD may be an early warning sign of developing Parkinson’s disease.

RBD has been known to be a symptom of Parkinson’s disease, but this study is the first to link it with the development of the disease and possibly show promise as an early indicator. One of the researchers behind this study, Morten Gersel Stokholm, says that identifying this link could prove valuable in the fight against Parkinson’s:

With this study, we have gained new knowledge about the disease processes in the brain in the early initial stages of the disease development. The idea is for this knowledge to be used to determine which patients with the sleep disorder will later develop Parkinson’s disease. At the same time, this is also knowledge that can help to develop drugs which can stop or slow the development of the diseases.

Parkinson’s disease slowly causes brain tissue to deteriorate until it can no longer send messages to the spinal cord to control the body. The disease typically strikes individuals in the 50s or older, but cases in younger individuals are not uncommon. The exact causes of the disease remain unknown. If this research is confirmed by more data, it just might help find a way to prevent or stave off the development of Parkinson’s.

Williams-Sonoma Introduces New 'Robin' Sleep Products
Survey: Irregular Sleep Schedules Lead To Poor Diets and Reduced Weight Loss
Facebook Wants to Know Who or What You Sleep With
Survey: 74% of US Workers Aren't Getting Enough Sleep