The Connection Between OCD and Sleep 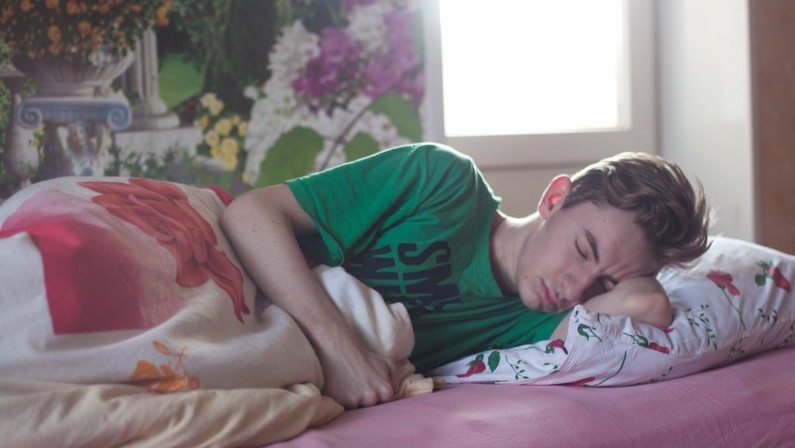 Obsessive compulsive disorder is a chronic condition that is thought to affect at least 1% of the worldwide population. The condition is characterized by repetitive irrational thoughts and fears that typically lead to compulsive behaviors. OCD can cause problems in the workplace, in relationships, and even in the bedroom.

The connection between OCD and sleep has not been adequately studied, but we do have a handful of clinical trials to refer to. Many researchers have noted a difficulty in isolating obsessive compulsive disorder as the primary cause of sleep issues. This difficulty stems largely from the fact that many OCD sufferers also show signs of clinical depression and other conditions that can affect sleep quality. Still, experts note that there is a definite connection between sleep quality and OCD symptoms.

Sleep problems have never been considered one of the core symptoms of OCD. Despite that, a large percentage of OCD sufferers have also reported difficulty sleeping. This has led to an increase in clinical research exploring a possible connection between OCD and insomnia.

Preliminary evidence suggests that OCD patients may be at increased risk for insomnia, delayed sleep phase disorder and other sleep problems.

The exact mechanics of how OCD symptoms affect sleep are not yet fully understood. The condition is complex and highly variable from case to case. It’s also commonly diagnosed in combination with other mental health concerns – namely depression – that can also cause sleep troubles.

Clinical evidence and personal stories from OCD sufferers have identified some possible reasons why OCD can affect sleep quality:

Personal anecdotes indicate that the urge to indulge in compulsions may increase when OCD patients are left alone with their thoughts. Obsessions can worsen at night, creating a very poor environment for inducing sleep. In the long-run, this can also create fears or anxieties surrounding sleep, which only further worsens the problem.

Clinical research on OCD and sleep is still emerging, but we do have a few studies to draw on:

A 2014 study published in the Journal of Psychiatric Research noted:

“Results revealed a significant, independent link between obsessions and insomnia symptoms, but not between insomnia and compulsions.”

Importantly, this study isolated obsessions as a primary cause of insomnia, and found no significant connection between compulsions and insomnia. Unfortunately, other studies have conflicted these findings, so results are inconclusive.

A 2011 study published in the Journal of Anxiety Disorders noted:

This trial looked specifically at children who displayed both obsessions and compulsions. It also found a significant connection between insomnia and more severe compulsions, which conflicts with the 2014 study noted above.

“Comorbid depression plays a relevant role in such sleep disturbances… patients with OCD without depression do not differ much in sleep from people without OCD.”

This review of existing studies linked sleep disturbances specifically to depressive symptoms, and found no significant connection in patients with OCD but no signs of depression. Unfortunately, other studies have conflicted these findings.

A 2015 meta-analysis published in Neuroscience and Behavioral Reviews noted:

“Sleep duration was found to be shorter, and the prevalence of DSPD higher, in individuals with OCD compared to controls. Further, excluding samples with comorbid depression did not meaningfully reduce the magnitude of these effects.”

This analysis found that by removing data from patients with OCD and depression, no significant difference was noted. This indicates that OCD itself may be the primary cause of sleep problems, rather than comorbid depression.

Interpreting these findings can be somewhat difficult. Many results were in direct conflict with findings from other studies. Additionally, many studies were relatively small or otherwise flawed, meaning data was insufficient to draw definitive conclusions.

With that said, in all the studies researchers noted a definite link between OCD and sleep problems. It was the specific cause of this link that was the topic of much debate. Unsurprisingly, most researchers were united in calling for more research on insomnia and OCD. We fully expect more large-scale studies to emerge in the coming years, which will hopefully shine some light on the issue.

How to Get Better Sleep with OCD

If you or a loved one suffer from OCD, you may be wondering what steps you can take to improve your sleep quality. There’s no easy fix, but there are a number of things worth trying:

Go to bed earlier – a 2017 study found that later bedtimes were associated with a lower perceived control of OCD symptoms. In other words, if you go to bed at a reasonable hour you may have a better chance of keeping your obsessive thoughts and compulsions under control.

See a specialist – If you’re not already, seek out the help of a qualified OCD specialist. They will work with you to create a plan and help manage your symptoms. OCD has no “cure”, but it can be successfully managed in many cases.

Address depression – OCD and depression are often linked – as are depression and sleep. To improve your chances of getting a good night’s sleep, it’s important to address symptoms of both OCD and depression. That may involve therapy, medication, exercise or any number of other treatment options. Speak with your doctor about your options.

Practice good sleep hygiene – Good sleep hygiene encompasses a variety of habits and techniques that help prepare your body for sleep. These are steps that everyone should be taking to help get to sleep quicker. The graphic below explains the practice in detail.

Does Sleeping Help You Grow?
What is the Best Nap Length? Optimal Nap Time Revealed
Science Supports Ivanka Trump's New Year's Resolution to Get More Sleep
What is a Home Sleep Study? Guide to Taking a Sleep Apnea Test