The Smartphone Sleep Epidemic: 81% of People Use Their Phones within an Hour of Going to Sleep 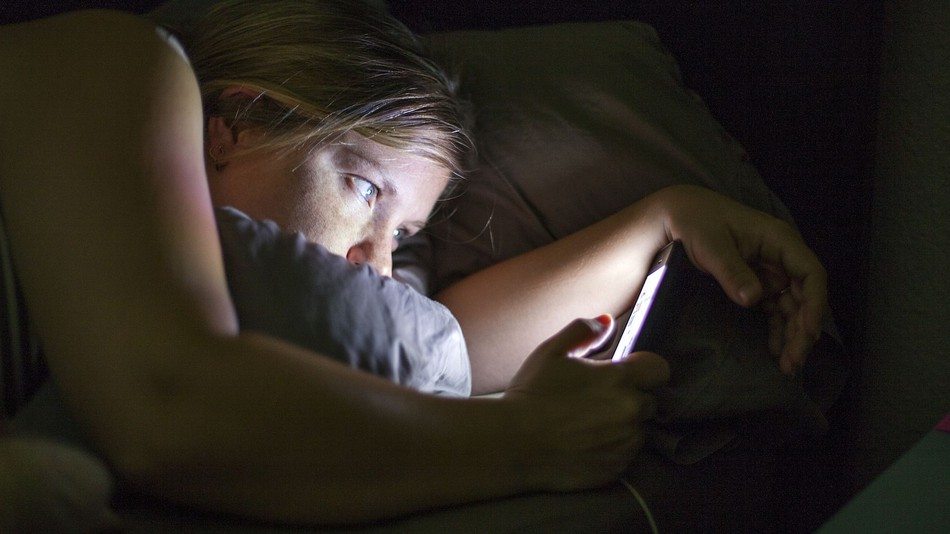 We hear it all the time: smartphone use before bed is bad for us. Does that lead any of us to actually change our behaviors, though? How many times have you told yourself “just one more episode” only to discover that you’re no longer tired and have a hard time falling asleep? How many nights have you lay restlessly awake in bed staring at the harsh blue glow of your smartphone? If you’re like most people, the answer to these questions is “too many.”

While it might be easy to laugh these off as simply facts of our new hyper-connected existence, the fact is that this screen time can cause a whole host of harmful effects on both your waking and sleeping lives. Multiplied by the many tens of thousands of people (or more) who also engage in these behaviors, and it’s easy to see how smartphone use before bed could become a national or worldwide health crisis. People are also using their phones nearly as soon as they wake up: Just how bad is this pre-bed phone use, though?

Unfortunately, pretty bad. The relationship between nighttime screen time and poor sleep quality has been well-documented by studies in a variety of disciplines. A recent study published in the journal Pediatrics found that the light patterns emitted by digital screens are able to disrupt individuals’ natural circadian rhythms and ability to fall asleep. This harmful side effect of screen time is made worse by watching them in a darkened bedroom; the darkness of the room can cause your pupils to dilate, thus letting in more of the harsh light from your phone’s screen.

A similar 2014 study published in The Proceedings of the National Academy of Sciences found that “the use of portable light-emitting devices immediately before bedtime has biological effects that may perpetuate sleep deficiency and disrupt circadian rhythms, both of which can have adverse impacts on performance, health, and safety.” That study warns that these impacts can affect individuals during their waking hours, even days after getting a poor night’s sleep. Over time, this can lead to deficiencies in memory, attention, and motor control.

While many people use their phone in bed to catch up on the latest updates from their friends on social media, to stream videos, or just to mindlessly surf the web, there’s one common reason people feel the need to keep their phones within arm’s reach of the bed — the alarm. Now that smart phones are so prevalent, a lot of people don’t use traditional alarm clocks to wake themselves up anymore. Instead of having an old school alarm clock or clock radio, a growing number of individuals are relying on the alarm clock app on their cell phone to wake them up in the morning. This results in the need to keep the phone near the bed at night, which of course creates the temptation to use the phone in the moments leading up to falling asleep. How many of these studies have to be published before we start taking the dangers of screen time seriously? Constant daily exposure to screens is a relatively new phenomenon, and we still don’t know just how profoundly it will affect us in either the short or the long term. But what we do know is there’s an overwhelming amount of evidence that staring at a phone screen before bed is bad for sleep quality.

With that in mind, there are a few simple things we can all do to keep our phone addiction from ruining our sleep:

Canadian Insurers Will No Longer Pay for CPAP Machines
Most People Don't Have Sleep Among Their New Year's Resolutions
Over 8,000 People Spend the Night Outside for Charity 'Sleepout', Raising £3.6m for the Homeless
New Study Finds Night Owls Live Shorter Lives Than Morning People