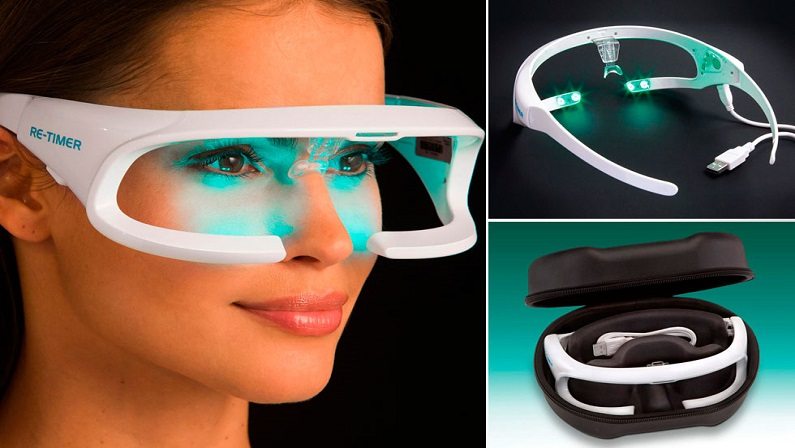 It might seem counter productive, but research is beginning to show that lights can actually help improve sleep. And a product from psychologists and sleep experts at Flinders University (who conducted the study) is aiming to capitalize on these finding. Called Re-Timer Light Therapy Glasses, these glasses are designed to be worn while awake, and emit a gentle blue light.

Depening on how the user wants their sleep to be influenced, the glasses are worn either in the morning or at night. While traditional light glasses emit light from above (much of which is blocked by the eyebrows), Re-Timer glasses have a light that emits from the bottom. The glasses are easily portable and are rechargable, meaning there are no batteries to change.

Light glasses have been around for some time in various forms, but this recent study is the first to conclude  that they can actually increase cognitive skills and learning in young people, plus improve sleep.

For this study, 60 participants from the age of 13 to 24 with Delayed Sleep-Wake Phase Disorder were selected. A portion received three weeks of light therapy treatment, which a portion received no treatment. Both were reassesssed after three more months. Adolescents who used the glasses showed a marked improvement in mental acuity after a night’s sleep wearing Re-Timer Light Therapy glasses. Those who didn’t saw no improvement, and even more striking, rated their own performance on the cognitive tasks to be markedly worse than their study counterparts who received good sleep, even if this wasn’t true.