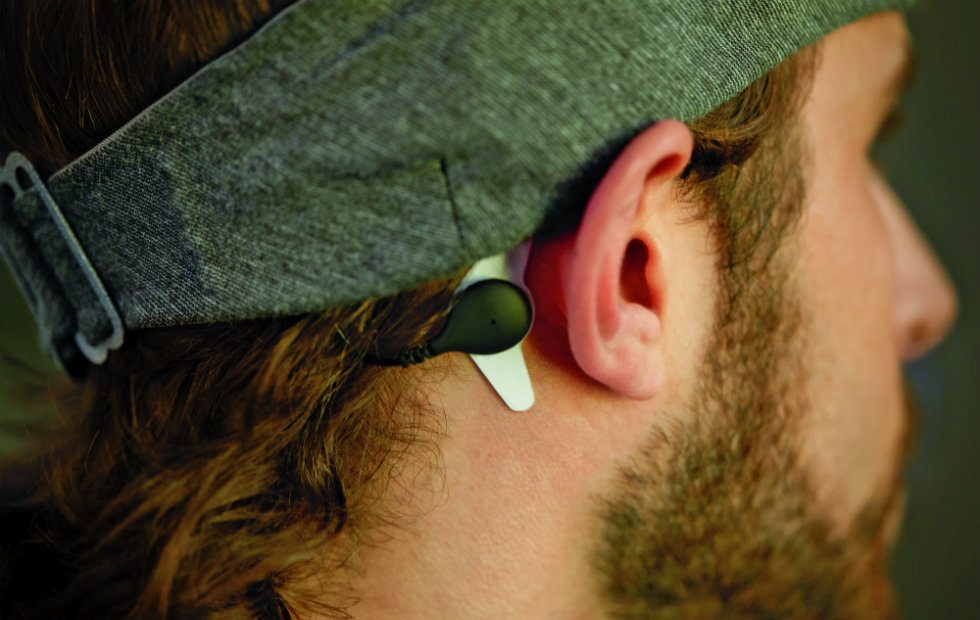 Even as study after study proclaims the sleep-blocking effects of bringing technology into the bedroom, the biggest names in technology are cranking out bizarre new products to help us fall and stay asleep. Most of these come in the form of inconspicuous wearable devices which collect and track biometric data about sleep health, while others are far stranger. Not to be outdone by the cuddly Somnox robot which snores users to sleep, electronics giant Philips has just released a bizarre new headband which ‘whispers’ in users’ ears while they sleep. Can such a product really catch on, or is this merely a strange new novelty?

Philips showed off its new Smart Sleep headband at this year’s CES technology trade show in Las Vegas. The device is a foam headband which wraps around the forehead and behind the ears. A companion mobile app controls small speakers behind the ears which play a variety of tones which Philips claims can help your brain reach the deepest levels of sleep and stay there:

Sound tones enhance the “slow waves” your brain produces during deep sleep. Two small sensors detect when you’re in slow wave sleep, monitoring your sleep levels and responding with tones when you’re ready for a boost. Our proprietary algorithm customizes the timing and volume of tones delivered to boost your slow waves, so you can make the most of the deep sleep time you have.

Philips claims their technology is based on several recent neuroscience studies which have found that certain sounds played during sleep can help adults reach deep states of sleep and stay there. Philips says the Smart Sleep headband is intended for adults between 18 and 40 who get only 5-7 hours of sleep four nights a week or more due to lifestyle and schedule, not sleep disorders. The Smart Sleep headband is not a therapy for sleep disorders, but merely a way to augment already healthy sleep in order to feel more rested and boost memory. Is it time we finally allow the 21st century into our beds?