Mattress Firm to Close More Stores in 2018 Than Predicted 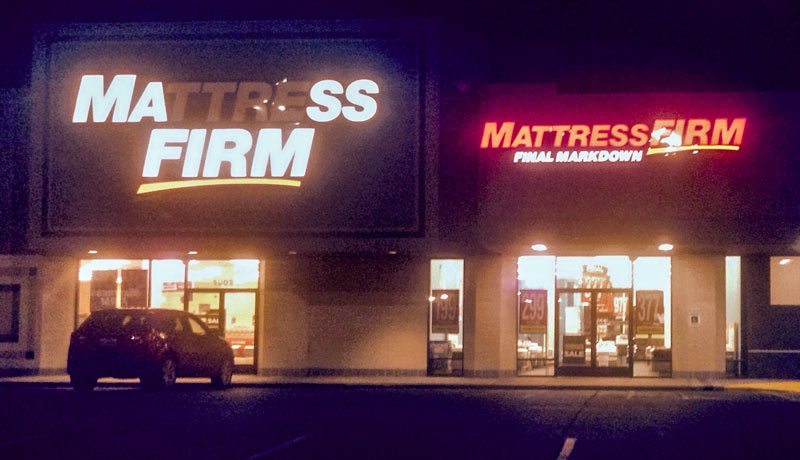 In the world of free market capitalism, there are bound to be winners and losers. Consumer demands and behaviors change in accordance with new products and services, sometimes leaving behind established companies who don’t adapt in time. Over the last few years, the $14 billion mattress industry has undergone a significant revolution as online retailers selling memory foam “bed in a box” mattresses have usurped much of the market once dominated by physical mattress outlets. In yet another sign of the times, bedding retailer Mattress Firm has just announced it will close more stores this year than previously predicted. Is the age of the mattress store over?

Mattress Firm’s parent company, the South African-owned and somewhat scandalous Steinhoff International, predicted towards the end of 2017 that the company would need to close the doors on 200 retail stores around the U.S. in order to stay afloat. Now, Steinhoff International’s first quarterly report of 2018 has raised that number to 274. In the report, Steinhoff notes that a significant shift in both the mattress industry and consumer demands “has resulted in gaps in the product range that are being urgently addressed.” In non-corporate language, this means basically that consumers just aren’t buying the same old mattresses from the same old stores anymore.

In an attempt to stay relevant in this quickly changing market, Mattress Firm even launched the Tulo bed in a box last year to try to adapt to the new memory foam and online mattress trends. That didn’t work out too well for them, and now the company says “management is focused on optimising its store estate in an effort to right-size the overall estate and reduce the number of underperforming stores.” Interestingly, however, Mattress Firm plans to open 75 new stores this year at the same time they close 274.

For years, people have wondered how and why so many Mattress Firm stores stay open. Given the accounting troubles its parent company is going through, could it be that the ubiquitous mattress store is merely some kind of money laundering operation?

Survey: 64% of Americans Have Nightmares about Work
Study Finds Just One Hour of Social Media a Day Can Ruin Your Sleep
Scientists Are Moving Closer to Being Able to Record Dreams
Casper's New Nap Pillow Helps You Sleep Anywhere