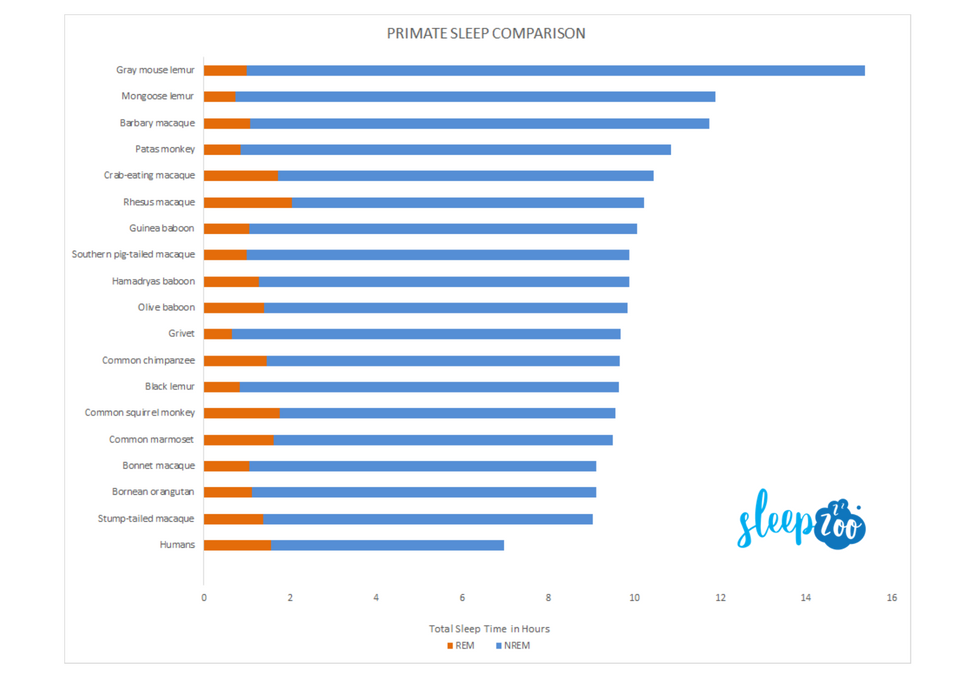 Ah, the little critters of nature. They don’t know that they’re ugly. While humans clearly stand out from the rest of the animal kingdom, we do share many similarities with primates. Aside from the physiological similarities, human and primate brains are also wired similarly when it comes to many social and interpersonal behaviors. Yet a new study published in the American Journal of Physical Anthropology has found that humans sleep far less than all other primates. Could less sleep be the reason why humans are far more intelligent than our primate cousins?

The study was conducted by evolutionary anthropologists Charles Nunn of Duke University and David Samson of the University of Toronto Mississauga. After examining and comparing the sleep habits and patterns of 30 species of primates including humans, the researchers found that while most primate species slept between 9 and 15 hours each day, human beings averaged around 7 hours.

Based on our physiological and neurological similarities with other species, Nunn and Samson calculate that humans should actually be sleeping around 9.55 hours a day. It’s due to social factors like lifestyle choices and nighttime behaviors like screen time that have led to the large discrepancy between human sleep patterns and all other primates’ sleep patterns.

While this study is one of the first to draw such a conclusion, other evolutionary biologists have pointed out that a sample size of 30 species is too small given that there are 300 species of primates on Earth. Still, if this study is confirmed, it could prove that getting by on less sleep and benefiting more from the sleep we do get could indeed be one of the ways humankind was able to evolve the intellectual abilities we have today. Is sleep really the key to everything? With each of these studies that is published, it certainly seems that way.