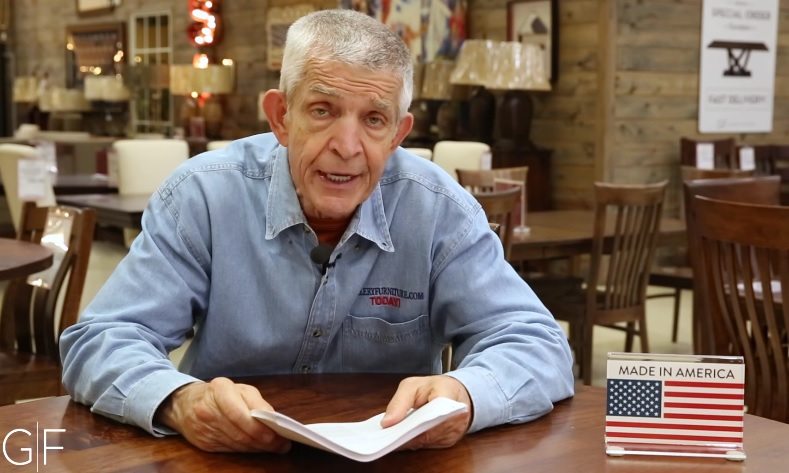 For over three decades now, Gallery Furniture owner Jim McIngvale (who you may know as “Mattress Mack”) has made a name for himself in Houston by helping families in need. This year though, his holiday giveaway will be a little more special.

In a video posted to the company’s Facebook page shortly before Thanksgiving, McIngvale announced that he’s giving 30 Houston area families an entire houseful of furniture for free. It’s no secret, of course, that this has been a trying year for Houston. Hurricane Harvey ravaged the city, and the resulting flooding displaced thousands.

But the giveaway isn’t limited to just families affected by Hurricane Harvey. “Whether the family was affected by Hurricane Harvey,” McIngvale said, “whether they had a fire in their house or apartment, or whether they had a financial setback and they need a breath of fresh air or a fresh start, we want to know about people in Houston and the surrounding areas who are need of a helping hand.” In short, any family that’s in need is eligible to get assistance, as long as they’re in the Houston area.

Giving back to his community certainly isn’t new territory for McIngvale, but this year was an unprecedented one. He opened his stores to shelter victims of Hurricane Harvey, he flew several families to World Series games, he gave away free food on Thanksgiving, he gave away mattresses and furniture to first responders and veterans and even gave fans over $10 million in rebates on furniture when the Astros won it all.

If you know of someone that could use a helping hand, be it a family member, a teacher, or even yourself, send an e-mail to Mack’s personal e-mail address at [email protected] The families chosen to receive furniture will be contacted sometime in the first few weeks of December.