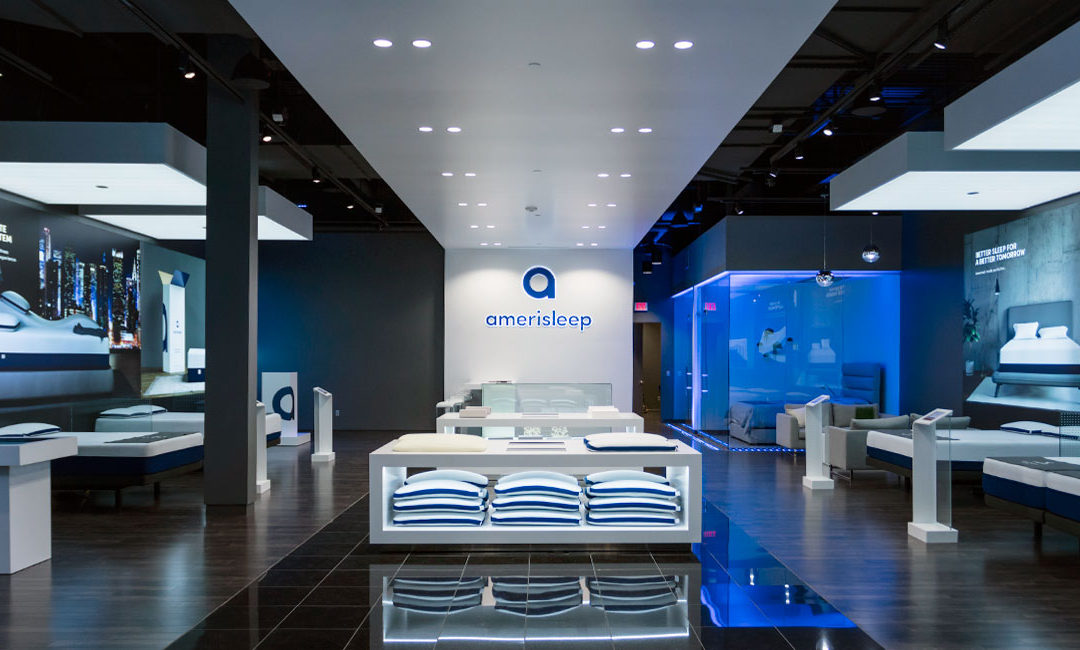 While the “bed in a box” online mattress seems to be all the rage these days, one mattress company is getting physical – a physical store, that is.

Digital retailer Amerisleep, a company that’s been around since 2010, took steps this year to set themselves apart from the slew of online companies that have joined the mattress party, opening four brick and mortar mattress stores.

Of course, these aren’t going to be traditional stores. They’re going to be the “Apple store for sleep,” the company says, touting ultra high definition televisions on the wall, numerous touch screen displays, and lots of other high tech touches.

“Dream Suites” will be the centerpiece of each store. They’re essentially rooms that are totally separate from the main floor where customers can actually try out mattresses they’re interested in. Every one of Amerisleep’s five models are available for testing. The stores will also feature bedding and sleep accessories.

Touted as eco-friendly and locally sourced with sustainable materials, Amerisleep has several different models of mattress, each with their own benefits and features. Prices range from $999 to $1899 for a queen size mattress, with the top of the line split king model coming in at just under $3,300.

There’s no denying that the trend of purchasing a mattress online is on the rise, but Amerisleep realizes that it’s not right for everyone. “Millions of consumers today still purchase the wrong bed even after consulting the Internet and floor salespeople at other mattress stores,” a company representative said. “We wanted to change that by opening a store that featured our five mattress models.

The first store, which opened in June, is in Gilbert, Arizona, just southeast of Phoenix. Three more stores are either already in place or planned for the areas nearby. Amerisleep has plans to expand to other states in 2018.